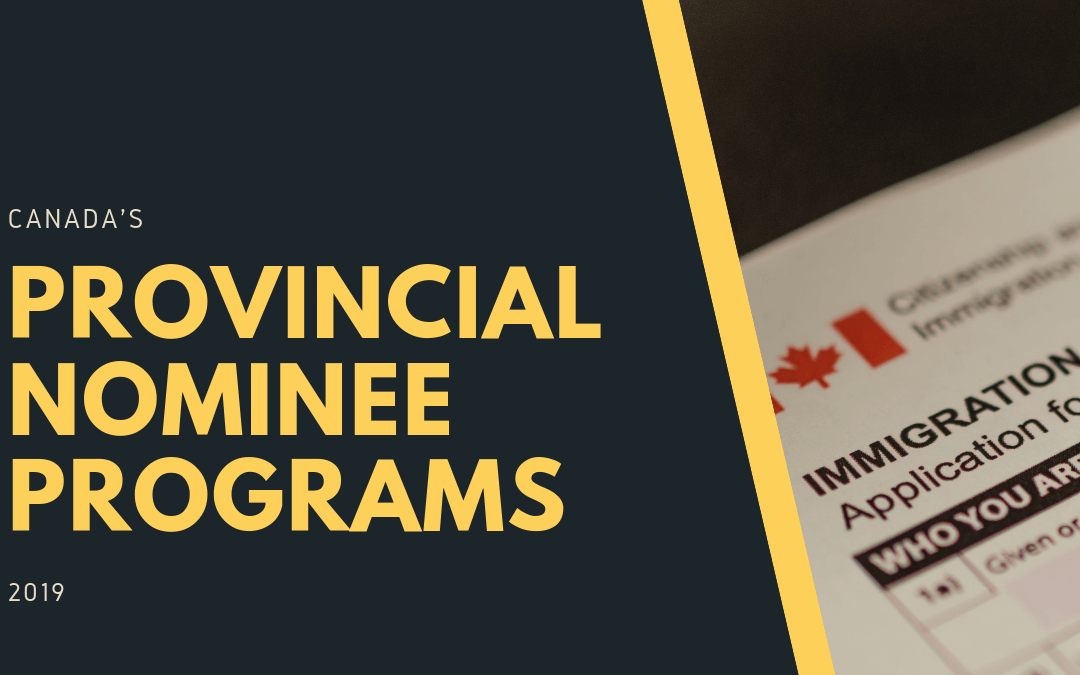 Canada’s Provincial Nominee Program is now enthusiastic in nominating candidates. While the PNP has started on a good note in 2019, it would not bring in disappointment.

The above program allows employers to nominate people working outside the country. The program offers many streams to meet the needs of the labour market.

With the admission targets on the rise, the PNP’s performance seems outstanding. The government would continue to nominate individuals for several territories and provinces.

However, this trend was not observed when the target was compared to that of 2017.

Regarding PNP streams, these are aligned with the Express Entry system of the federal government. Right from the beginning of 2019, the streams were quite active. The officials issued many invitations to help candidates to apply for provincial nomination. But, these ITAs were only given to those who have a profile and have dreamt of immigrating to Canada.

As soon as the candidates submitted their profiles, they were assigned a score. This score is based on the Comprehensive Ranking System, with many factors are taken into account. The factors include language proficiency, age, work experience and education.

After assigning the score, the candidates got a rank which the officials considered for the CIC Express Entry draw.

To be eligible for Express Entry, it’s not necessary for the candidates to have the provincial nomination. But, in case the province nominates the person, then he or she can expect 600 bonus points. These would be added to the score earned through CRS. Moreover, once the score increases, the candidate may receive the invitation to apply at the earliest.

With everyone trying to immigrate, a high CRS score is quite critical. A candidate can always get through when the CRS score is lower than the cut-off score.

To be considered for the PNP streams, every candidate has to create a profile in the system.

With regards to the provinces, Ontario has allocated 6900 nominations this year. While the province welcomed many immigrants, the system admitted 64 per cent of individuals last year.

With the three streams of OINP being active, the officials issued 3,846 Notifications of Interest (NOIs) in the first half of 2019.

Among the eligibility criteria, the person could get through even if he or she doesn’t have a job offer. But, it was surely a surprise when a minimum CRS score was needed for the Human Capital Priorities stream.

As the trend moved on, Ontario would hold draws only for those who have eligible work experience. But, as a criterion, the officials would consider the work experience only in one of the six tech occupations.

For the Skilled Trades and French-Speaking Skilled Worker streams, the officials issued a total of 1,281 NOIs.

The former stream only took candidates staying in Ontario. He or she should have one year of work experience and should come under certain classes. These classes are the Canadian Experience Class and the Federal Skilled Worker Class.

Coming to the streams of the Alberta Immigrant Nominee Program (AINP), the minimum cut-off score was just 300.

Just like OINP, it’s is not required for the candidate to have a valid job offer. But, while he is engaged with an occupation, he should be working for supporting economic development.

The provincial program also states that priority would be given to those with work experience. The candidate may also be favoured if he has a family member living in Alberta.

For this year, Alberta held 16 draws and issued 3,816 NOIs to individuals. The exciting part of the draws was that eight draws had a requirement of a CRS score as less as 302.

If the person wishes to try out for Saskatchewan’s nomination, then it’s essential to have a separate profile.

During the initial months of 2019, the Saskatchewan Immigrant Nominee Program (SINP) had held eight invitation rounds. These rounds further concluded with 1166 ITAs issued for provincial nomination.

Based on the updates, the SNIP had revised the in-demand occupations list twice this year. The provincial program is now willing to take media developers along with software programmers.

In case someone has work experience in newly added occupations, then the program would consider him for the next CIC Express Entry draw.

Regarding other PNPs, the Manitoba Provincial Nominee Program offered 4,500 invitations through 12 draws.

As Prince Edward Island conducted six draws, the number of candidates who received the ITAs were only 671.

Nova Scotia, in the interim, invited 312 Express Entry candidates through a draw held on June 3. For accountants and auditors, the cut-off score was only 400. This CRS score was considered for a draw held on Jan 25.

But, while the province used the Labour Market Priorities Stream on numerous occasions, the officials were lenient with the criteria.

The candidate didn’t have to worry about anything even when he has a low CRS score. Also, a valid job offer was not taken as one of the criteria.

Way back in March, the NSNP also held a draw for those who stated French as their first language. At that instance as well, the CIC Express Entry draw didn’t adhere to a specific CRS score.

Finally, it was observed that a candidate should have a provincial nomination from any one of the programs. This would further make a difference as 600 points are added to the score. They would undoubtedly be favoured than the rest in the pool. The chances are high when the person wants to apply for permanent residence.